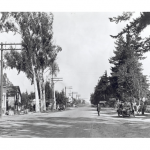 It was magnificent land blessed with verdant open spaces dotted with towering oak trees, sycamores, a valley of rich grasses and natural hot springs. It reminded Esequial Murrieta of his native Spain, so he bought 52,000 acres, fully intending to move his sheep ranching operation here from central California.

But he never did, going back to the Santurtzi area of Spain to marry and turning his holdings over to younger brother Juan, who brought a flock of some 100,000 sheep to the valley. The year was 1873.

And that was the start of something that would grow to be very big. 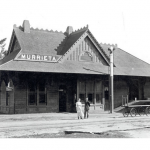 In 1882, the Southern California Railroad laid tracks linking the valley to its southern transcontinental route. By 1890, Murrieta had experienced its first boom, the population reaching 800, big for those days. 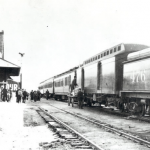 The natural springs that proved a cleansing dip for Juan’s flock later were instrumental in bringing international renown to the community as the Murrieta Hot Springs Resort flourished during the first half of the 1900s.

In 1935, the trains stopped running and the boom Murrieta had been enjoying went bust. The calm lasted for 50 years until a new community sprouted almost overnight and began a period of phenomenal growth. Extending Interstate 15 through the valley was the impetus for building what was at that time extremely affordable housing. 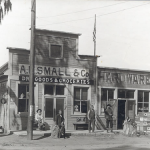 By 2005, more than 85,000 people had moved to the community, making it one of the five largest in Riverside County.

The natural scenic beauty of the area and what is still by California standards reasonably priced housing continues to attract significant numbers of residents and businesses who are finding Murrieta a great place to grow. 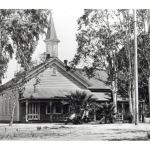 Those living in the community find distinguished schools, abundant recreation, excellent medical facilities, expanding employment opportunities, and one of the lowest crime rates in Southern California.

And entrepreneurs find a market growing larger by the day, above average household incomes, a skilled labor force, and a business-friendly city hall.

It’s a community with a past and vision for its future. One that welcomes challenges, takes risks, embraces opportunity.

More and more people are discovering what the Murrieta brothers envisioned more than a century ago: Murrieta is, indeed, The Future of Southern California.

1885 Murrieta’s train depot is built, and a town site begins to grow around the nucleus of the depot. Pioneer families are drawn by advertisements of land for as little as $5 an acre. In that year, a 50’x 140′ lot in the town site sold from $20 to $75.

1890 Town with population of 800 is growing up around the railroad. The Fountain House Hotel, across from the depot, is a social hub.

1947 Town has population of 1,200. Residents from Murrieta Fire Protection District donate $1,400 for a truck. Ten volunteers use the Methodist Church bell to sound a total of six calls in the first year.

1960 Murrieta Chamber of Commerce is formed as a California non-profit corporation to promote and extend trade and commerce in the City of Murrieta and vicinity.

1992 Murrieta starts its own police department. City leaders say they like the local control that their own police force provides compared to contracting with the county sheriff’s department.

1993 Murrieta takes over control of the 46-year-old fire protection district.

1994 The city approves a general plan, a guide for future development of the town. About 50 general plan meetings over two years result in the city agreeing to a target population of about 104,000. Also, Old Town Murrieta is flooded again, resulting in more than $210,000 in damages. Work starts on two flood channels intended to remedy the persistent flooding.

1998 City of Murrieta establishes its own public library.